Look closer and you can see Erikhe.

Follow the link that appears on the banner or use  https://clivewilkins.wordpress.com/the-book-shop/ 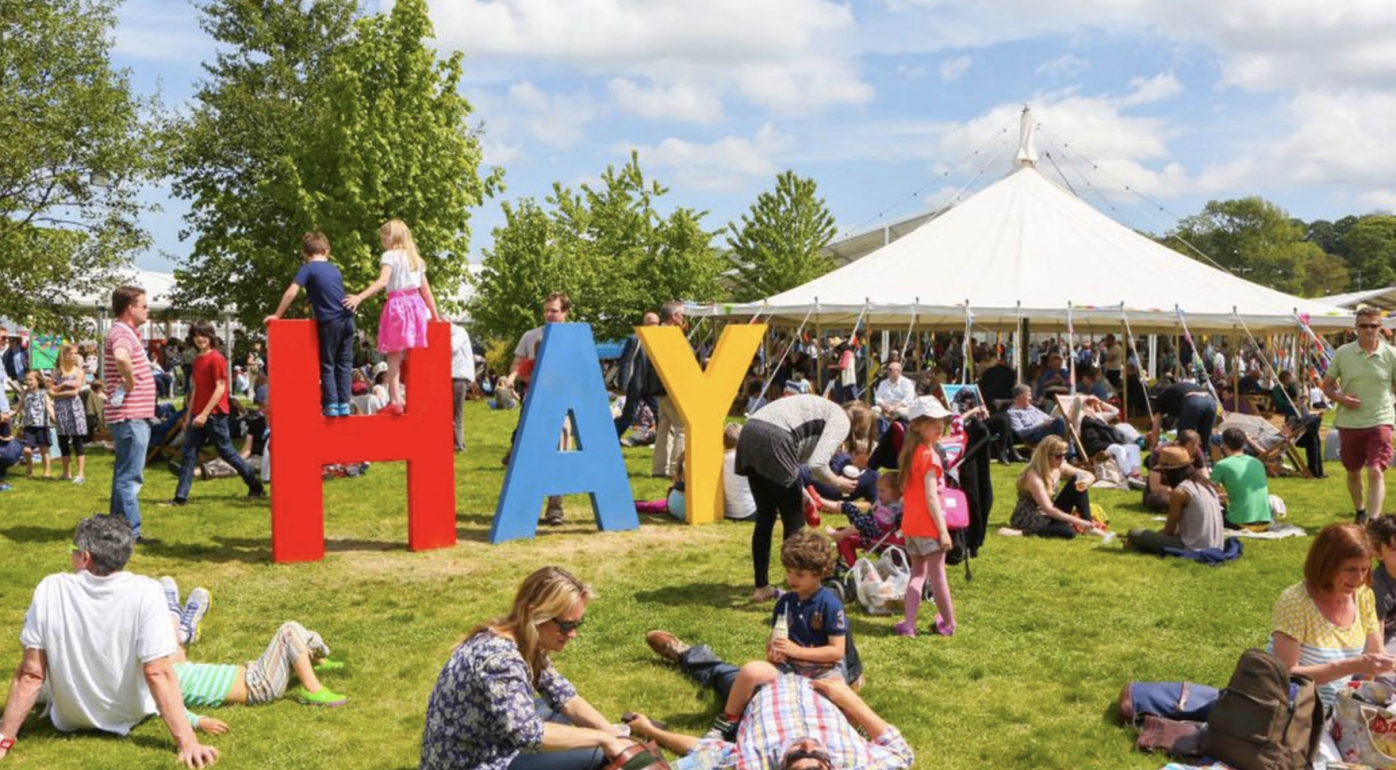 Thirty years ago, Stephen Hawking published A Brief History of Time, Steve Jobs unveiled the NeXT Computer, and Die Hard hit cinemas for the first time. The World Wide Web had not yet been invented.

A lot can change in a few short decades, whether guided by advances in science and technology or by changing ideas and politics. Ahead of the 2018 Hay Festival, WIRED asked 15 leading writers and thinkers to answer one question: Which innovation will most change the way we live by 2050?

Their responses – which range from driverless cars to neural implants, plus a rather unexpected bet on the return of snail mail can be seen at:

Punctuating the H A Y letters

In the green room

During the ‘Clive Wilkins in conversation with Nicky Clayton’ event

The artist and author, Clive Wilkins.